Fuzion Creations is an innovative, trend-setting jewelry importer who will not only bedazzle you with our designs but inspire you with our philanthropic values.

We don't follow trends, we create them. Our talented team designs, manufactures and imports best-selling pieces of jewelry.
Learn More 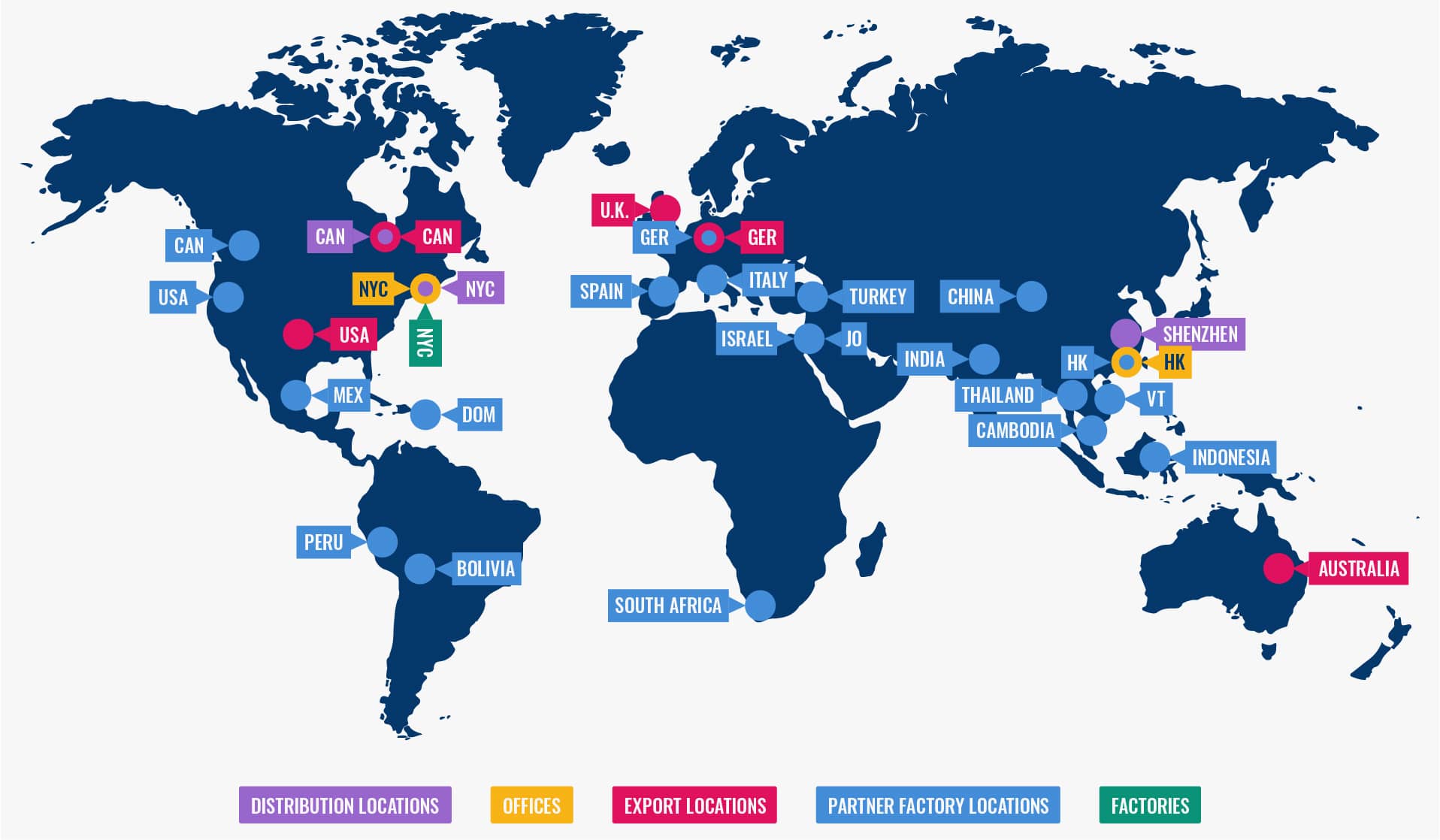 Fuzion Creations was founded over 40 years ago with the goal of providing retail brands with better jewelry options. With a focus on vibrant, cutting-edge designs, Fuzion has successfully become a leading jewelry provider to its retail partners. Fuzion is now an international company with offices in the U.S. and China.

With over 40 years of experience, we have refined and mastered our design, manufacturing, and import processes.

Best Value For Your Money

With extensive research, we discover which materials offer the best quality-to-price value. This allows us to offer high end jewelry at comfortable prices.

Fuzion's retail partners consist of jewelry stores, television networks, national and regional department stores, discount chains, online retailers and flash sites. To help our retail partners in today's competitive environment, we have added EDI, drop shipping and packaging to our services. Our design team and retail partners often collaborate on boxes and displays. Innovative packaging is combined with our cutting edge designs to produce an overall product experience that will be most appealing to the consumer.

Maney Douek is an American businessman and entrepreneur on a mission to use his success to help others. He started his first company in 1979 as a jewelry jobber. He upgraded his operation and began manufacturing gold jewelry in New York. Today, Maney's company is a leading jewelry producer with production teams all over the world. His products can be found at major retailers, on TV and online. His company has branched out into several divisions supplying gold, silver and base jewelry to fine jewelers, department stores and discounters. As Maney learned the ins and outs of running a successful business, he became a volunteer mentor and business coach, helping individuals realize their business and life goals. In 2007, Maney established the Douek Family Foundation which provides grants to various programs important to the Douek family. His children, Elliot Douek and Michelle Gindi, along with Maney's wife, Linda, each take part in selecting and funding numerous charities. The Foundation supports programs of varying sizes and scope, both within the local community and world-wide. The Foundation also wants to inure Jewish heritage and tradition by supporting organizations and agencies that promote the Jewish culture. In 2015, The Douek Funding Group was formed to invest in real estate, business development and other projects. The DFG is a well known angel investor that funds business expansion and also advises business owners using a hands on approach.

Elliot, just like his father, always had a passion for business.  He joined the company right out of college and immediately got involved in sales. He would study each account and look for the white spaces and niche categories that would benefit both the customer and the company.

Within a short period of time Elliot involved himself in all aspects of the company. He understood that as much as sales were important, bringing value to his customers would be a crucial part of the company’s success. Elliot also understood that in today’s times not only do we need to be competitive but we also have to bring our retail partners great product at key price points. Elliot joined the sourcing team, traveling to many countries and working with key factories to initiate new innovative manufacturing procedures in order to cut costs without sacrificing quality. Value has always been the definitive word in his vocabulary.

Over the course of time he has also taken charge of the design team. He opened our China office to allow Fuzion to operate most efficiently, as well as 24/7.  In 2020, Elliot was appointed President of Fuzion Creations, being fully in charge of the day to day operations. He meets frequently with the heads of each team always making sure that design, quality and value remain the focus of the company.

Elliot has been a volunteer EMT since 2005 . He responds to calls all hours of the evening and weekends helping thousands of people over the years.

Elliot, along with his sister and mother, sits on the board of the Douek Family Foundation. Incorporating the same thinking he brings to the jewelry business, he looks to establish innovative programs where he sees opportunity to make an impact in the community and society.

Elliot is married to a wonderful wife and has three wonderful children.

Toby Donk has been an employee of the company for over 25 years. She started out as the computer programmer, programming the in-house billing/ordering/manufacturing programs, and making them Y2K ready!! Once the programs were completed, Toby stayed on as first the bookkeeper then the Controller and is currently the VP of Operations.

Toby is very involved in her Temple, serving on the Board of Trustees, and various committees. Her heart and soul are her children and sweet grandson.

Nessi has been an integral part of Fuzion Creations since 2011. He has taken the E-Commerce division from a minor part of Fuzion's business to the success it is today. He not only enjoys designing the goods to be sold online, but his goal is to make each and every customer happy.

When Nessi is not hard at work, he loves spending quality time with his wife and children.

David joined the Fuzion team in 2013. He started out as an intern, pitching in with any aspect of the company as needed. He quickly learned the business from the ground up. David currently heads the Gemstone and Diamond Division of the company. He works directly with stone vendors, cutters and miners around the globe. He and his design team are always upgrading our jewelry line to include the latest trends.

She spends time raising her three girls and is currently a board member on the Douek Family Foundation. She is in charge of finding new charities to align with, and she enjoys getting her children involved in the giving process.

Sam, who is also the founding partner of the Calvo Law Group, focuses his practice on real estate and corporate law. He has extensive experience in real estate sales, acquisitions, and commercial leases.

Get in Touch With Us